“Mummy, why are you standing on the chair taking photos of food?” my five year old asked.

“Because I’m writing about spaghetti bolognaise”.

“That won’t be very interesting. Everyone knows about spaghetti bolognaise”, she told me.

“But this bolognaise will be made only from food we have produced ourselves”.

“Our tomatoes are much better than horrible shop tomatoes”, she replied.

It is March, a great time to be doing this, with an abundance of end-of-summer veggies in the garden. My husband Andrew hunts and fishes, so we often have some form of protein in the freezer – in this case venison mince from a deer shot on a friend's farm in Oatlands. 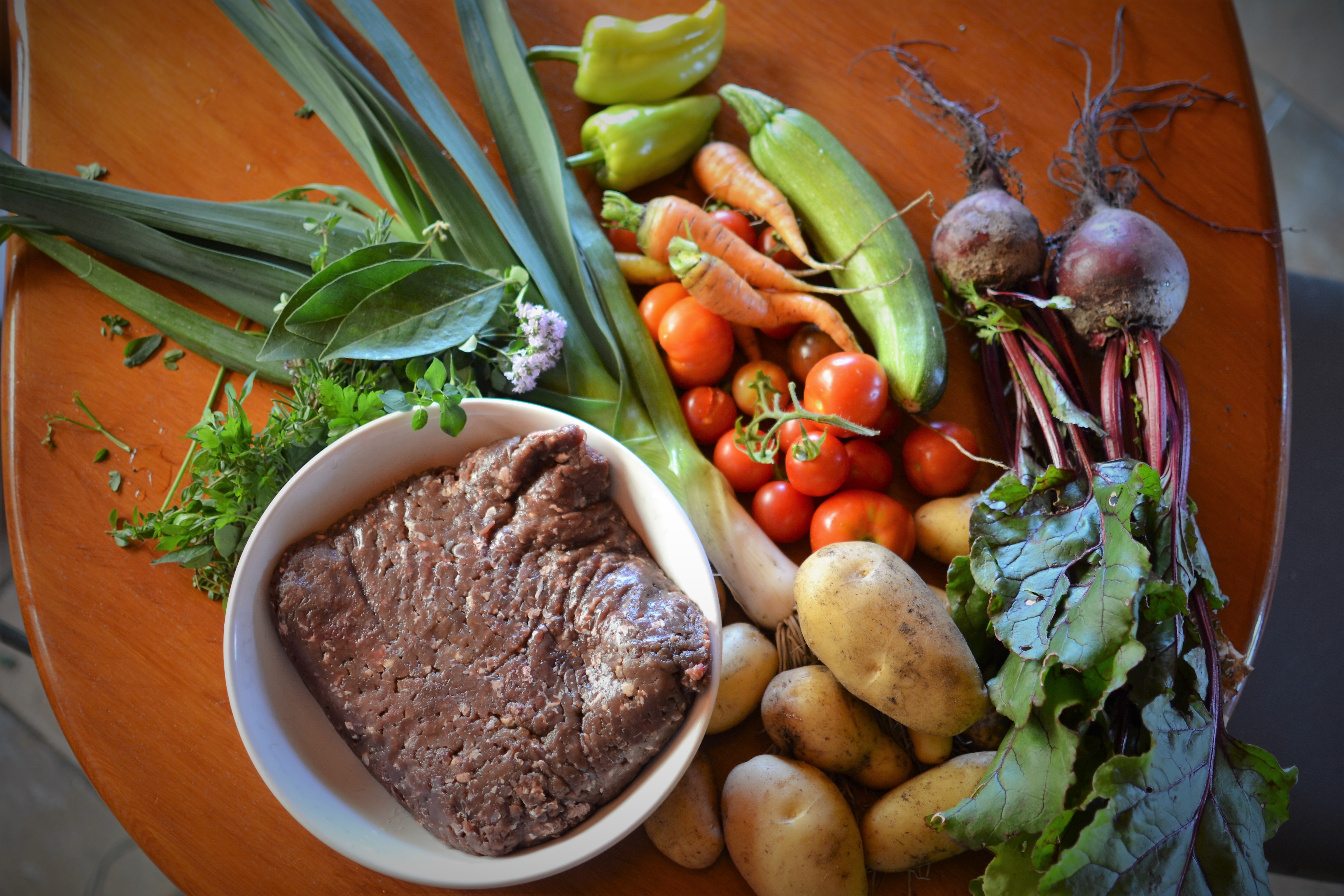 Since we don’t grow spaghetti, spaghetti Bolognese became mashed potato Bolognese. Zucchini spaghetti is another option, but it’s not child-approved here.  I cheated a bit and permitted myself to use bought cooking oil and salt. We have an olive tree and live near the beach – perhaps we should be producing our own!

We have no shortage of veggies in the garden. Adding flavour to make it interesting was the challenge. I chopped and fried a large leek. Unfortunately, we have already finished this summer’s poor harvest of garlic. Then I added bay leaves and finely chopped thyme, parsley, rosemary, oregano, and our first two beautiful little capsicums of the season (diced), then added the mince. When the mince was partially cooked, I added pureed tomatoes, grated zucchini and sliced carrot.

Once the mince was cooked, I tasted it: it was pretty bland. I added salt but it really needed sweetness and tang. Usually I’d cheat and add a few lugs of tomato sauce at this point. I looked around the kitchen in panic. A pile of coddling-moth-infested apples lay neglected on the bench waiting for a purpose. I grated the good bits of three apples and added them. The flavour of the Bolognese improved (I will use apples in future instead of tomato sauce).

You’re wondering, of course, whether the kids liked it. They each ate about three mouthfuls and wailed and screamed all through dinner, then declared that they were starving at bedtime - a pretty standard dinner time really. They didn’t dislike it any more than they dislike most of my cooking, so let’s call it a win.

It is so satisfying to produce a meal almost entirely from things you’ve grown yourself, but more than that, the challenge forces you appreciate subtle flavours and textures and to think outside the square: apples in spag bol - who would have thought? And now I’m pondering, if I really wanted to be a purist about this, could I produce my own olive oil and sea salt? I’ve added these questions to my mental list of ‘Things to Google later but will probably never do’.