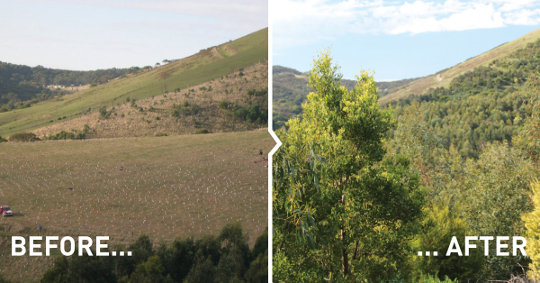 As Hobart gears up for the Sustainable Living Festival, locals are looking for ways to take practical action on climate change.

Greenfleet, a proud partner of the Festival, will be working with Tasmanians to show them how to offset their emissions and invest in Australia’s ‘green infrastructure’.

Since 1997, Greenfleet has partnered with organisations and individuals to plant more than 8.5 million native trees across Australia – creating 400 native and biodiverse forests.

Yoga teacher, poet, general practitioner and local resident Dr Arjun von Caemmerer has been offsetting the emissions from his car for eight years.

“Even though I don’t drive long distances, there are times when I simply must use a car. I feel more comfortable about my impact on the environment knowing that I am offsetting the emissions with Greenfleet,” Dr von Caemmerer says.

As the owner of the Hobart School of Iyengar Yoga, Dr von Caemmerer says both reducing and offsetting carbon emissions reinforces the school’s values.

"Consciousness of our environment and our impacts upon it are part of the practice of yoga. Carbon offsetting is consistent with yogic principles", he says.

Hannah Gadd was compelled to take action when she was inspired by a documentary on deforestation in the Amazon.

“Giving is part of our family’s philosophy, and we saw investing in Greenfleet as a great way to support reforestation in Australia. With a nine-month-old daughter, I’m also keen to support projects that preserve the planet for future generations,” Mrs Gadd says.

“Greenfleet is enhancing the value of farms around Australia, enriching biodiversity, protecting endangered species and building the green infrastructure we need for our nation’s future,” Mr Wescott says.

Before and after images show the dramatic transformation of Greenfleet’s native forest at Battery Creek, Victoria. 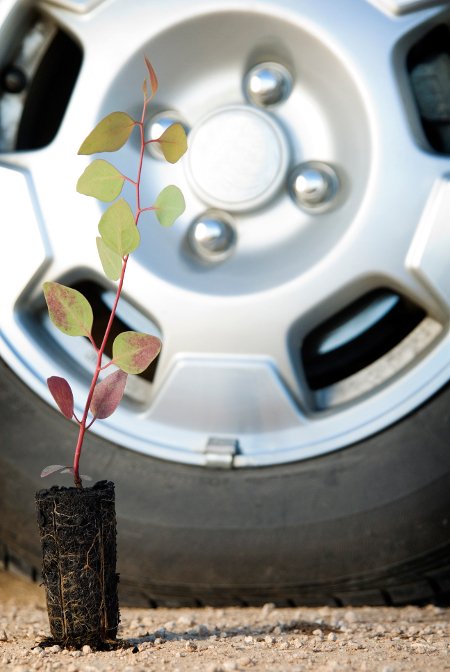