Should I install a home battery system? 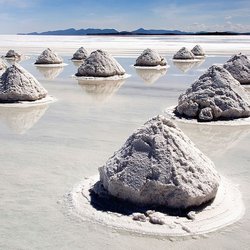 Almost certainly not. Here's why...

Sorry to be the bearer of bad news. I know many Tasmanians love the idea of using batteries to store energy from their solar panels and be less dependent on the grid. However, both financially and environmentally, it simply doesn't stack up.

After evaluating the best battery deals on the market, I can't find any that will save you as much money over their lifetime as they cost you upfront. Even the least bad option we've examined (the Tesla Powerwall 2), will recoup less than half of the upfront cost when the warranty expires after 10 years, and has a payback period of 36 years (and it may not last that long). You can download our calculator here (Excel) to see the calculations.

Now, of course, things will change... battery prices will likely come down, and the price difference between what you're paid for feeding solar into the grid and what you pay to buy electricity from the grid could get bigger (we've modeled both prices rising by 2% p.a.). Both of these factors would improve the financial case for batteries; but as things stand now, the financial case is terrible.

If you experience regular blackouts, then achieving more reliable electricity may be worth the cost of batteries. However, note that running a battery for backup purposes means keeping it charged in case there is a blackout, rather than using it to save money. Also, the power you can draw from a battery system is limited, often to only 3kW, which may not be enough (e.g. if you're running a couple of heaters). If you only experience the occasional blackout (I've had just one two-hour blackout over five years in Claremont), then batteries are an extremely expensive way to partially overcome a minor inconvenience.

There are both positive and negative environmental impacts of installing batteries, but the negatives outweigh the positives in Tasmania.

On the mainland, energy storage (e.g. batteries) is absolutely necessary for the grid to reach anywhere near 100% renewable electricity. In Tasmania, that is simply not the case. Our hydro electric system stores an incredible amount of energy (the equivalent of a billion home battery systems!). As such, we don't need any more storage whatsoever to reach 100% renewable electricity. Instead, what we need is more renewable generation (want to help? Reduce your energy consumption and/or install solar).

The only potentially positive impacts of installing batteries in Tasmania are:

On the flip side, there are negative environmental impacts of batteries, especially in terms of mining and manufacturing.

In summary, installing a battery system in Tasmania currently will lose you money and damage the environment in the process. However, if you haven't already got a solar PV system - they are a good financial investment with positive environmental benefits, so we suggest you go for it!  See our other blog posts about solar or get a quote below.

What's with the photo?

The photo at the top of this post is of salt mounds in Salar de Uyuni, Bolivia. This is the largest and highest salt flat in the world, and is a major source of the lithium that goes into batteries. The photo was taken by Luca Galuzzi and is used here under a Creative Commons, Attribution, Share-Alike license.